Encounters with an Artist Who Paints in Public – By Philip A Hartigan on August 13, 2014 (All images by the author for Hyperallergic) 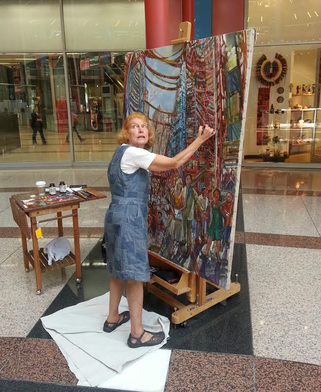 CHICAGO — Artist Audrey Ushenko literally makes public art. That is, she doesn’t create big sculptures or murals that are then installed in a plaza or a hedge fund’s corporate lobby: she makes paintings in public spaces, open to interruptions for conversations with interested passers-by, and often incorporating portraits of them into the final piece. It’s a process that can last anywhere between a couple of weeks and several years, and recently Ushenko was in Chicago’s James R. Thompson Center, putting the finishing touches to a canvas which she began three years ago.

“Many years ago, I decided that I wanted to produce work in the environment outside the studio. I start by making sketches on site, continuing in my studio if I can’t work in the space, but as much as possible I paint in places with lots of people. It’s helpful to be around people, to talk to them, engage them. It’s much better than working alone,” she told Hyperallergic.

The painting is a brightly colored depiction of the soaring glass and steel atrium of the Thompson Center — the building that houses many of the bureaucratic functions for the State of Illinois — with portraits of some of the passers-by the artist has observed or spoken to. Some of the people from her first sketches in the space are present in the painting, but many are portraits of people she interacted with in the course of her on-the-spot painting sessions.

“I included people on a first come first served basis, but sometimes put them in if they had a particularly interesting story,” Ushenko said. “The dog in the middle of the painting is Max, an ex-police dog who was brought in by his owner for his portrait.” 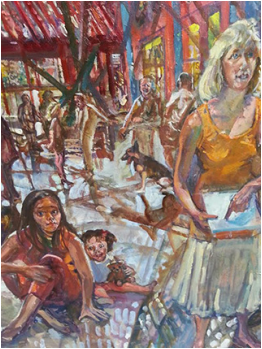 Asked about memorable encounters during her time in the building, she mentioned the “ebullient lady who started singing gospel songs. There was also one man who posed while I drew his portrait, then a few hours later I saw the police leading him away in handcuffs.”

As she spoke, a group of about six young people paused to inspect what was going on, though they stayed about ten feet away and didn’t say anything. A few minutes later, a smartly-dressed woman came right up to Ushenko and said: “My boyfriend and I pass by on our way to work every day, and I just wanted to say that I love this image, especially on this size canvas. I do some painting on the side, but nothing like this.”

Ushenko’s painting looks modest compared to the giant Dubuffet sculpture standing on the plaza outside the Thompson Center, just fifty yards from where she had set up her easel. Dubuffet described that piece as a “drawing that extends into space,” and in a way Ushenko’s process works in a similar way, by drawing in the space and drawing the people in that space into her picture. Citizens of Chicago can make the comparison for themselves when Ushenko’s finished painting goes on display in the fall at the Illinois State Museum, housed on the second floor of the James R. Thompson Center. 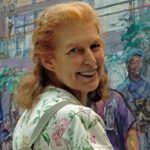 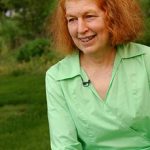 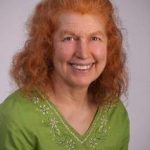 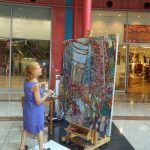 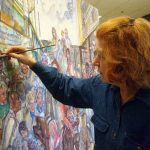 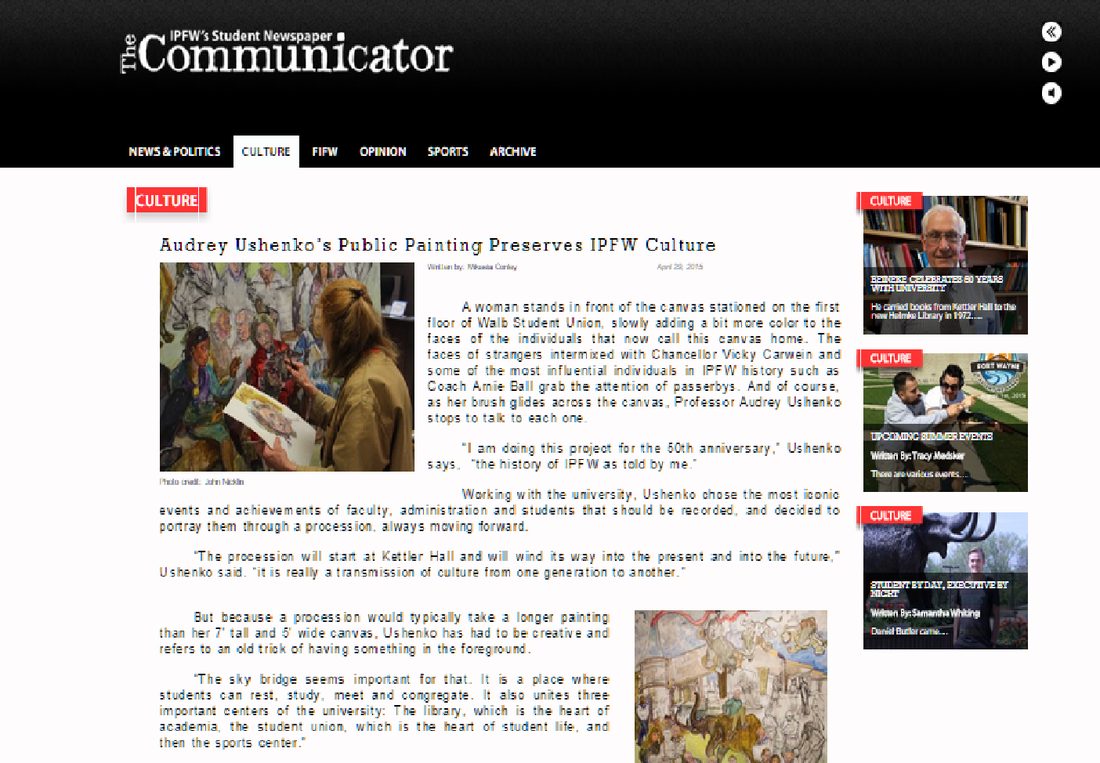 I look forward to working with you!